Patani in the eye of Malaysia 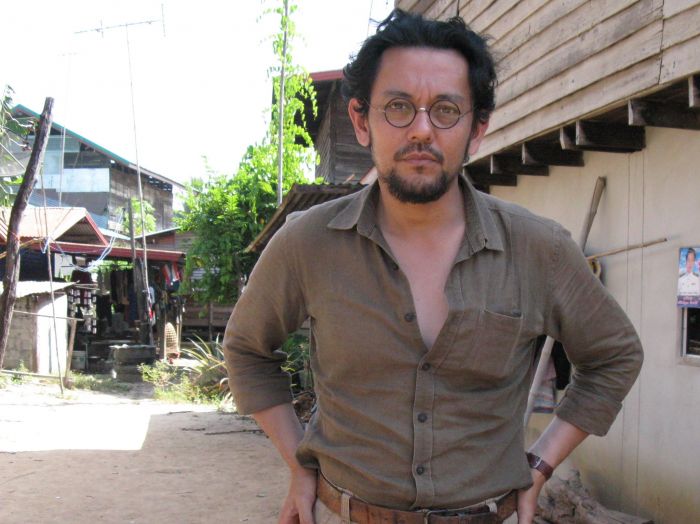 Patani Forum speaks with Dr. Farish Noor, a leading Malaysian political scientist and a Senior Research Fellow at the S. Rajaratnam School of International Studies at the Nanyang Technological University, Singapore, about the conflict in Thailand's Malay-speaking South and the losses that stems from the conflict:

Q: Is there an adequate understanding among the people of Malaysia about the ongoing conflict and insurgency in Thailand's Malay-speaking South?

A: Malaysia as a nation is aware that there is a conflict going in southern Thailand but they are not aware of how and why. With the exception of northern malaysian states of Kalentan, Terengganu, Kedah and Perles, the rest of Malaysian Peninsula and certainly East Malaysia - Sabah and Sarawak - are some what clueless as to the history of the Malay provinces of southern Thailand and their connection's connection to the rest of the Malay Peninsula. This is for historical and geographical reasons - that part of Thailand being connected to the four Kingdom of northern Malaysia, the history of living under direct or indirect Thai intervention for the past 300 years and of course the strong bond of culture, language and family and familiar ties on both sides. This is an issue that is discussed in places like Kelantan, Terengganu and Kedah but not certainly in Johor or southern Malaysia and certainly not in east Malaysia. People understand that there is violence but in terms of ethnic solidarity, we don't see much evidence of that. Malaysia as a whole accept the existing border between Malaysia and Thailand and historically no Malaysian government has ever laid claims to any of those southern provinces (of Thailand). Certainly when there is a conflict going on, the last thing a Malaysian government wants is be accuse of sharing any responsibility for the violence there. It's an issue but it's not understood.

Q: What role can Malaysia government and Malaysian civil society play to help resolve the conflict?

A: This becomes problematic for the simple reasons that Malaysian society is also complex. The issue of violence in southern Thailand may resonate differently among Malaysian of different ethnic and religious background. For Malaysians in the north, for example, this is an issue very close to their heart because of the historical connection. But they tend to be partisan and of course side with the Malay Muslims in southern Thailand and perhaps certain objectivity is lost there. As for what the Non-Governmental Organization can do, Malaysia do have decent peace keeping team and disaster relief team in other conflict zones around the world. But perhaps because of the proximity between Thailand and Malaysia, and for the reasons I said, the very subjective reading of the entire situation. It would have to be done in a very cautious way because once objectivity and non-partisan are lost, then it look like a partisan intervention on the part of Malaysia and Malaysia must avoid at all cost.

Q: Why is stability in Southern Thailand important for the Asean region?

A: Other then the fact that it is giving the entire an unwanted publicity, the conflict is stunting growth in a region that should be growing. Malaysia, Indonesia and Thailand has the so-called Growth Triangle that linked Southern thailand into this scheme.But this growth has not spread to the southeastern shores of Thailand - Pattani, Yala and Narathiwat provinces -- simply because it is virtually impossible to invest in that area. Attempt to create low-budget infrastructure tourism has failed; attempt to create small hotels, chains of restaurants have failed because of the bombings and attacks. This is bad for both sides. Malaysians would like to invest, and Thais would like to invest as well. But this prolonged state of conflict just make it a “no-go” zone for everyone. It's a pity because the tourism potential is extraordinary. it's one one of the least polluted or damaged stretches of beach in southern Thailand. Malaysians fly to Bangkok, Chiang Mai and Phuket all the time and would like to visit southern Thailand as well. My immediate response would be there is an economic losses here.

Q: You collects arts and crafts and antiques from various communities and tribes through out Southeast Asia. Has the violence cut off southern Thailand from much of the activities in the commercial areas as well as exchange of ideas and knowledge?

A: This for me is one of the biggest losses as a historian. Patani's place in the Malay-speaking Archipelago is very significant, of course. Patani was the centre of artistic and literary production; it was the center of academic production and intellectual knowledge production. All of these are lost and completely forgotten now. The fact that it is seen as a hostile, conflict ridden zone means that, in terms of its contribution to the wider arts and intellectual life in the Malay-speaking world, it has been severely diminished. Patani has not featured in any significant Malay arts and letters over the last 30 years, not in Asean and not in Europe. And that's simply. Artistic productions are dependent on political stability. This is true in human history and society. You need that safe zone so people can draw and paint and share their ideas freely and openly. And because southern Thailand is in conflict, its presence in the Malay's arts and culture world is simply not there. In conferences and exhibition and workshop around the world where we talk about Malay arts and letters, Patani is not represented. This is a pity for the Malays of southern Thailand because they have lost historical bridge and connection to the rest of the Malay world. It is also a lost for Thailand. It is important for Thailand to be part of this virtual Malay-speaking world  map as it would allow thailand to occupy several places and cultural spaces at the same time. It could be in the global Buddhist diaspora; it could be in the global Asian diaspora and it could be in the Malay-speaking diaspora and it should occupy all of these spaces and places because it enriches Thailand, its image and identity as a complex nation like all the nations in Southeast Asia. This conflict has cost the Malays of Southern Thailand but cost Thailand as a whole.

Q: You did a book (Spirit of Wood: The Art of Malay Wood carving). How did Patani's kerises featured in your book?

A: When we talk about the kris as a cultural artificats, the Peninsula Malaysia was historically a producer of krises. But the only part of this Peninsula that produces local krises, as opposed to importing kris and daggers from Sumatra, Java and Sulawesi, was Patani, Kelantan and Terrenganu.   They produced local krises distinctive krises that is not found anywhere else on the planet. The Patani keris is what we called “Keris Malayu” or “Keris Tanjung”. It is specific type that is unique to the world of krises. Sadly, you know, because fo the conflict, it is next to impossible for collectors to go in search for these important artifacts. it is also next impossible for Patani Malays to promote these aspects of their culture and heritage, which is also linked them to maritime Southeast Asia. Again, it's a lost for the Malay Muslims of southern Thailand and a loss for Thailand. Presently, this is Thailand's cultural bridge to as far as Indonesia. The kris, being a universal signifier, from Cambodia to Bali, Sulawesi, Java and Sumatra, is an important historical anchor that anchored Thailand in Southeast Asia and it enhances the images of Thailand as a plural society. But because of the conflict, thailand has dropped off the map. For example, in Indonesia, kris collecting is a national pastime among collectors of Indonesian arts. Sadly, Thailand is not represented. Most Javanese would never have seen Patani kerises in their life. And this is also a sad lost for Thailand because this is Thailand's bridge to Indonesia.