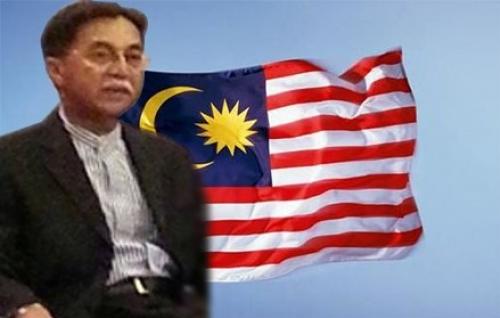 For three consecutive days, the city of Yala was in a tailspin. On Thursday evening last week, 24 small bombs exploded all over the city in the space of two hours. A security grid was locked in place, but it didn't prevent four more explosions the next morning then the same the morning after.  The three-day bombing spree was a humiliating episode for a Thai security apparatus still reeling from the April 10 car-bomb attack on the tourist island of Koh Samui, where evidence pointed to origins in the southernmost provinces. Within hours of the Samui attack, spokesmen for the military-installed government, the Defence Ministry and Royal Thai Army publicly claimed the car bomb had nothing to do with the southern insurgency. Army Region 4 chief Lt-General Prakarn Cholayut defended the security measures put in place on Thursday evening in Yala, saying the subsequent breaches had been the result of explosives placed before the start of the bomb blitz. Moreover, they were set off remotely, possibly by mobile phones. Speaking to reporters in Bangkok, Defence Minister Prawit Wongsuwan said the bombs were small and the culprits appeared to be more concerned with creating disturbances than claiming lives. A 'message' from insurgents Sources close to the separatist movement say the Samui car bomb and the three-day bomb blitz in Yala were carried out by Barisan Revolusi Nasional (BRN) militants as a strong message of their disapproval of Thai troops' conduct, the ill-defined rules of engagement and the culture of impunity among the security forces. It was also a reminder to Thailand and Malaysia that the BRN, the separatist movement that controls the vast majority of insurgency combatants, does not support the Majlis Amanah Rakyat Patani (MARA Patani), a platform for the various Patani Malay movements to formulate their strategy. Another component to the MARA Patani is a regional assembly made up of local civil society organisations, whose function is to legitimise the peace initiative. On April 21, the designated facilitator from Malaysia, Dato Ahmad Zamzamin Hashim, held a meeting with representatives from six longstanding separatist groups. Representing the BRN was Awang Jabat and his associate, Tok Imam Haleng. Other participants included representatives of the three separatist factions - the Patani United Liberation Organisation (Pulo), Gerakan Mujahidin Islam Patani (GMIP) and Barisan Islam Pembebasan Patani (BIPP). They reiterated their determination to use MARA Patani as a vehicle to unite Patani groups and guide the peace process forward. But the problem with MARA Patani is that the vast majority of BRN leaders, especially those from its military wing, do not support the initiative. They said the initiative was cooked up by rogue members who have teamed up with facilitator and, to some extent, Thai officials working on the peace process. Moreover, they do not see Awang Jabat as their representative. Local civic organisations in Thailand's deep South also declined the offer to participate in the 22-strong MARA Patani assembly. But at a recent meeting of the steering committee for Thailand's southern conflict policy team, Prime MinisterPrayut Chan-o-cha decided to pour cold water on the MARA Patani idea. Like the core BRN leaders, Prayut doesn't see MARA Patani as reflecting the desires of the people of this conflict-affected region. He also pointed out that the idea had come from a small group of people.  'Prayut eager to talk' Nevertheless, Prayut does want to talk to the insurgents, said government sources. Moreover, the prime minister was concerned that MARA Patani could set the stage for the conflict to be internationalised. With Malaysia chairing Asean this year, some Thai foreign ministry officials fear the issue could easily be pushed onto the regional agenda. However, there are no indications from Kuala Lumpur that the idea of internationalising the conflict is in their heads. Like Thailand, Malaysia has taken a territorial stand on the conflict and refused to allow foreign government and professional mediators to referee the peace process. With the conflict occurring right on its border, Malaysia sees itself as one of the stakeholders in the process. But the writing has been on the wall for some time. Awang, who is closely aligned with Dato Zamzamin on this MARA Patani initiative, had recruited a Muslim cleric from Sai Buri - Ustaz Waesumae Sudden, 67 - to help mobilise the support of insurgents and local Malay Muslims at the grassroots level. Sudden was shot dead on September 28 last year, and MARA Patani has been on a shaky ground ever since. It appears that Prayut has just put the last nail in the coffin.  It is not clear what the future holds for the deep South peace initiative. But political insiders in Bangkok say the junta is interested in talking to the separatists. Coming up with a format that satisfies the Thai generals, it seems, will continue to be a challenge. Don Pathan is an independent consultant based in southern Thailand. He is also a founding member of the Patani Forum (www.pataniforum.com).