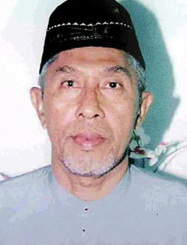 Thai policy-makers have never been fond of the idea of talking to the Malay Muslim separatists in the deep South, unless these encounters are kept off the public radar screen.

The long-standing argument has been that they should not give the enemy much sought-after legitimacy and political capital.

Back in the 1970s and 1980s, such encounters were carried out by the military, in various cities in the Middle East like Cairo, Damascus and so on. No formal mediation was needed. It was not the Thai Army's style to have outsiders sitting in on these discussions.

One senior Malaysian police officer who met these handful Thai military officers joked about how “Every time they come over, they always said they are representative for the Thai government. But when they go back, nothing happens.”

Needless to say, the outcome of these meetings didn't have any impact on policy because they were treated as news and information gathering exercises. The Thai military just wanted to fighting to stop but never really wanted to understand the grievances that motivated these separatists.

In the late 1980s and early 1990s, the armed wings of these long-standing separatist groups (Pulo, BRN, BIPP, GMIP, etc...) that first surfaced in the late 1960s had gone under. Foot soldiers put down their weapons, returned to their villages and picked up where they had left off. Many of their leaders remained abroad, taking up citizenship of the respective countries where they had been residing at the time of the insurgency downturn.

But since 2004, at a time when a new generation of Malay Muslim separatist groups went into full swing, the leaders of these long-standing separatist groups decided that it was time to reinvent themselves. Some went through foreign NGOs specialised in mediation, while others turned to neighbouring governments and foreign institutions like the Organisation of Islamic Conference (OIC), seeking help in facilitating meetings with the Thai side. A proliferation of "peace processes" emerged and each and everyone of them were territorial.

From the Southern Border Provinces Administrative Centre (SBPAC) to retired and active senior Army officers, the National Security Council (NSC), the police, academic institutions, foreign and local NGOs, as well as former Malaysian PM Dr. Mahathir Mohammed and the then Indonesia Vice President Jusuf Kalla, all were looking for separatist groups to talk to. The Patani Malay leaders who came forward put on a brave face, insisting that they can convince the new generation of fighters -- locally referred to as juwae or perjuang in standard Malay -- to the negotiating table as long as the Thais would give them the mandate to do so.

Rivalries among the long-standing groups also emerged as they tried to convince the Thai side to give them the mandate to speak on behalf of the Malays of Patani in spite of the fact that few people in the deep South know the identity of these so-called leaders.

Former foot soldiers who came down from the hills and returned to their villages have decided to stay out of the ongoing insurgency, saying while they still dream about a free Patani, they also acknowledged that there is a generation gap between them and the juwae.

Some admitted that they were concern with the level of violence and the collateral damages stemming from it. But while they are concern with the attack on soft targets, they are equally disapprove of the use of pro-government death squads or vigilante. The tit-for-tat violence often spills into the civilian side, with both Muslims and Buddhists becoming victims as one side tries to teach the other a nasty lesson.

The one key question that everybody is asking is whether these self-proclaimed leaders of Patani liberation movements can influence the juwae on the ground. Most, if not all, insist they can, pointing to their regular dialogue with cell leaders.

If and when the Thai side is convinced that there is a shared command - assuming that the old guard can unite with one voice - it is very like that the Thai side will start to take them more seriously.

For the time being, "negotiation" is out of the question. Academics and think tanks working secretly with some of these initiatives have come up with the term "peace dialogue" to broaden the participation to include civil society and key community leaders - Buddhists and Muslims - from the three southernmost provinces.

In one peace process that involved the National Security Council (NSC) and a group of Pulo under the leadership of Noor Abulrahman and Kasturi Mahkota, invitees include a woman activist leader to a mayor of a southern city, to a former student activist to village imams.

The idea here is to strengthen the legitimacy and acceptance of the process. How much of a buy-in there is from local leaders, on the other hand, remains to be seen. Some members of the civil society say they are willing to help. Others question the sincerity of the Thai side, saying the stakes are too high to be sticking their necks out. Good intention is not enough. There has to be a guarantee that their participation will not be exploited by one side or the other. Another concern is how the militants will perceive this participation.

But this particular NSC-led process is operating on a shaky ground. Sources in the military said the Army feel they are in better position to lead any peace process. Another problem is that Kasturi and Noor Abdulrahman have split up. Observers of the conflict said the two leaders are likely to remain active looking for ways to remain relevant in working towards peace for the south although they may no longer work together. Beside these two individuals, there are other self-proclaimed Pulo leaders. They include Samsudin Khan and Rushdie Yi-ngor, both of whom also claimed to be the true leader of Pulo.

Another peace process that was being overseen by a senior officer at the Southern Border Provinces Administration Center (SBPAC) involved a former mid-ranking Pulo officer (not under the same faction as Kasturi, Samsudin Khan or Rushdie Yi-ngor). This process was working to put together a “staged ceremony” that would show some 170 former Patani Malayu separatist combatants “surrendering” to the Thai State. Sources in the Army and the Police pointed to the “staged” nature of the act, saying the plan does not involve any of the law enforcement agency. It's just a show.

Today, a new government is in place and the SBPAC has got a new chief, Thawee Sodsong, who is not exactly a new face to the region. Thawee was a key person who went after Sapae-ing and other ustaz back in 2005. He was also given the task of tracking down the militants behind the January 4, 2004 arms heists in Narathiwat, an incident that ended in the lives of four soldiers and more than 350 pieces of military weapons being taken from the camp. Thawee rubbed many local Malay Muslims the wrong way as he hunt down ustaz and suspected insurgents in the deep South.

Perhaps the biggest irony here is that for the past four years, all these "peace-makers" and Thai authorities have been looking for one man, Sapae-ing Basor, the former principle of a private Islamic school, Thamvithya  Foundation, who was accused by the Thaksin administration of being the overall leader of the new generation of militants. The fact that a number of juwae had graduated from the Thamvitya network private Islamic school that oversees more than 10,000 students made Sapae-ing an easy target.

But today, they want his help.

Exiled separatist leaders, academics, local residents, religious and community leaders said Spae-ing is looked upon as sort of a spiritual leader of the Malays in the deep South. The mystique around him is a topic of much debate. Those who know him say his integrity earned him respect from his people. Because of that respect, they see him as a sort of spiritual leader for the Malays of Patani.

Achieving such status come with a price, as well as enemies, especially when one is a symbol of an identity and historical and cultural narrative that is different from the one constructed by the state.

As of late, more and more government officials are coming to admit that the December 2004 charges against Sapae-ing will not hold water in the court of law. These officers said if he was to stand trial today, he would beat the charges easily.

But after hiding for six years, it is very unlikely that the aging principle will give the Thai legal system the benefit of the doubt. This explains why the former school principle has stayed outside any peace process.

“Sapae-ing sees these peace process as somewhat of a joke,” said a member of an exiled group who has been trying to start up a peace process.

There is little evidence that separatism or radicalism is taught in the school, however. In fact,

The historical and cultural narrative that challenges the legitimacy of the Thai state is widespread and there is nothing to support the claim that private Islamic schools are used to indoctrinate the juwae. Security officials said about 90 per cent of villages in this restive region have a militant cell. And from the look of it, the juwae enjoy a great deal of sympathy and support from villagers.

Because the Patani Malay historical and cultural narrative is so widespread, the movement doesn't have to rely on Islamic schools to tell them that the Thai security forces are illegitimate occupier. The presence of some 60,000 armed security personnel - half of whom have been dispatched to the region since 2004 - reinforces such notion and perception that the deep South is an occupied territory.

Sapae-ing's support is deemed important because these peace initiatives need a person who the Malays of Patani can relate to.

“We don't know any of these exiled leaders that you mentioned,” said a group of young men at a  teashop in a remote village Narathiwat's Rusoh district.

There have been suggestions among government officials that the charges against Sapae-ing be pushed through the due process so that his legal status can be concluded once and for all. But there is no guarantee that he is going to stick his neck and help any one of these peace process, however.

There is a growing understanding among senior Thai officials that the conflict in the deep South is ethnic-nationalist in nature. Therefore, it makes sense to talk to a spiritual leader such as Sapae-ing.

However, the mode of operation for the time being is a combination of search-and-destroy and winning hearts and minds through development runs by military and government officials. But after nearly eight years of this strategy, many officers are saying a new approach for the south is needed.

Asking Sapae-ing for help is one way. But the fact that the Thai state had ruined his life and forced him to go on the run, don't be surprise if he decided to sit out these peace process that often appeared to be more about the people who are behind it rather then the people of Patani.

For more articles on the ongoing conflict in Southern Thailand, please visit:  http://seasiaconflict.com/