Will Malay Survive in Southern Thailand ?

Will Malay Survive in Southern Thailand? 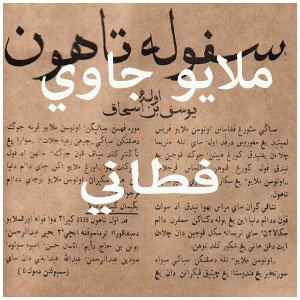 In government-recognized Islamic schools, Malay adolescents in Southern Thailand are taught to read Jawi Malay in a fashion that does not provide accurate literacy in it — but does provide a basis for literacy --- if the pupils make it stronger in later life by reading Malay.
Standard literary Malay is a language without newspapers or magazines in Southern Thailand. It has no presence in the modernity that the Thai State’s universities and apex colleges teach. No lectures are given in standard literary Malay in any modern subjects at Prince of Songkla University (Pattani City Campus), or at any other. Literary Malay is a thin language in the psyches of Malay adolescents when they enter PSU or other Southern campuses. Once on campuses, the students then have to get through a never-ending conveyor belt of print-materials in Thai, and increasingly English, so that their thin print-Malay fades away from lack of use or access.
Whether literary Malay will survive in Thailand will be decided by the young Malay students at the universities and colleges of Southern Thailand. Their basic social unit is the group of five students enrolled in the same subject who sit at tables in college libraries and try to help each other understand the terms and concepts of their subjects. The subjects are taught in Thai and English. This time-consuming process of group study could get transformed from a force that displaces, marginalizes, and excludes Malay into an enterprise that carries Malay forward with it alongside Thai and English. Malay language clubs, perhaps just informal clubs not announced, can be formed that would distribute a Malay-Thai-English list of the vocabulary of each subject to the enrollees.
The small groups of five students could then use the Malay equivalents side by side with the Thai terms in their study discussions. A point would come at which the students would then only use the Thai terms sometimes. The product of this linguistic restructuring of tertiary study would be small groups of Malay Muslim students who would have a composite language of discussion for study that would be a composite made up Malay, Thai and English — the new medium of modernity and science.
Will Arabic-script Malay survive at all in Southern Thailand? The political leaders of Thailand know that Malay is an important language of ASEAN, and they therefore want to keep the language alive among their Patanioan sons and daughters so that the Thai Malay can carry out their function as guides and intermediaries to help the Thai in general conclude those very lucrative deals with Malaysia and Indonesia.